You are here: Home / General / Permanent Makeup Eyebrows Is It For You?

What exactly is Permanent eyebrows makeup?

Permanent makeup is a beauty technique where permanent color is tattooed on the skin as a form of makeup.

Permanent makeup eyebrows help fill in scarce eyebrows and can be used to enhance eyebrows, lips, or the eyelids. (read more here)

As time goes by and as we get older, our skin begins to droop and lose its elasticity, unfortunately.

When that happens, putting on make-up becomes more difficult because of the fine lines and the loss of collagen in our skin.

It’s much easier to put on makeup when our face is all plump, soft, and smooth, isn’t it? OK, I don’t want to discourage you by being negative.

Apparently, it’s always better to start with the bad news.  So, now for the good news… it’s all fixable!

Did you know that permanent eyebrows are the second most popular of all cosmetic improvements?

It’s true. The number one is eyeliner and the number three is lip color. However, they have all become so popular.

It is also used on those who have certain imperfections that they want to fix and/or get rid of such as; correction of facial asymmetry and correction of unsuccessful pigmentation.

Women just want to simplify their lives today. They don’t have time to spend in front of the mirror anymore.

Their lives have changed since they have become all so busy with work, getting the children to soccer practice, to school and not to mention, going to the gym in order to stay in shape.

They always want to look their best but just don’t have that extra time.
DOES PERMANENT EYEBROW MAKEUP HURT? 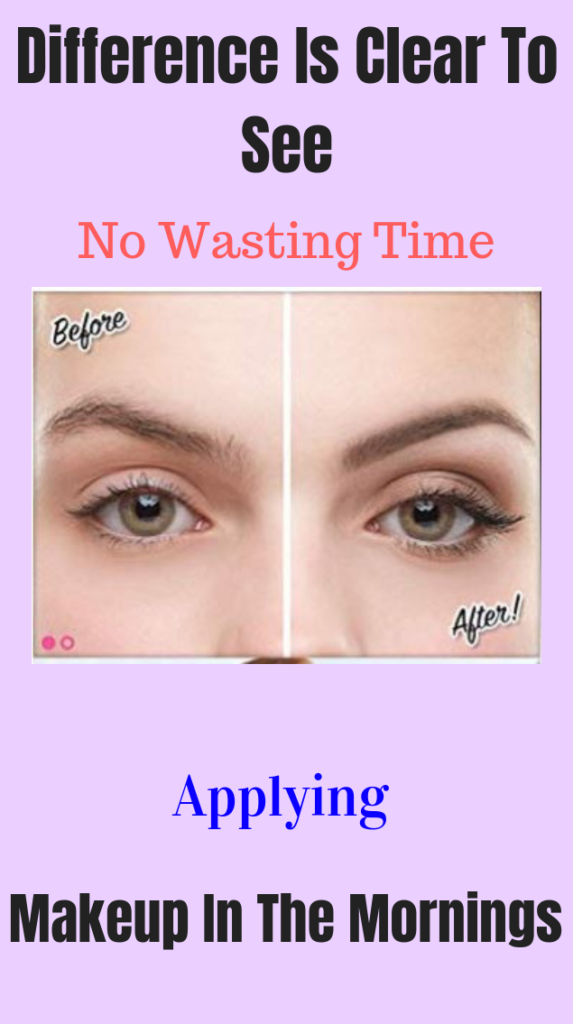 You can think of permanent make-up like a tattoo. Actually, it is a tattoo.

It’s exactly the same procedure except for most of the professionals that offer this service using local anesthetic whereas when a tattoo is applied, there is no anesthetic at all.

So, does it hurt? Depends on who you talk to, some people are more sensitive to pain than others, that being said, it does not really hurt according to a brief survey that I have done.

The anesthetic is applied in a cream form so no needles like at the dentists.

WHO IS PERMANENT MAKE-UP EYEBROWS FOR?

According to the FDA, tattoos and permanent make-up are considered as being cosmetics.

In general, yes, it is safe when proper sterilization and disinfection is practiced, but I have to be honest and say that there are a few risks involved.

4-Nodules-this may happen if the body rejects the tattoo and perceives it as foreign.

FDA invites and actually urges people who have any of the above symptoms to report them as soon as they appear.

I have to tell you, permanent is pretty permanent meaning that IT WILL NOT COME OFF.

However, with time, because of sun exposure, water from washing and topical products applied to the skin, the make-up may fade a bit and for this reason, it may take some refreshing and touch-ups on occasion.

It’s pretty simple, once the procedure is done, to avoid swelling, all that you need to do is apply a disinfectant ointment of any kind daily or upon recommendation.

Apart from that, nothing much is needed really just keep your eyes open in case of a rare infection.

Depending on the talents of your technician, the make-up can be modified a little by changing or modifying the color and/or the shape.

It’s important to remember though that having a ‘’ new look’’ takes some time to get used to.

I suggest taking the time to shop for your technician just as you would if you were looking for a dentist, a doctor or even a hairdresser.

Why Should You  Get Permanent Eyebrows Or Lips?


In the end, if you want to look beautiful all of the time, a permanent makeup of the eyebrows is for you.

In reality, don’t we ALL want to look good ALL of the time? Think Permanent makeup eyebrows can make a difference in your appearance? give it a go.

No more stressing out about disappearing pencil lines, no matter what you are doing.

Think some of your Facebook friends may like my post?go ahead and share.want to know more? leave me a message below, would get back to you.