To be able to fight adult acne successfully, you first need to understand what causes adult acne of what acne is to begin with.So before we get started, it will be important to first answer the question What is Acne?

Acne is the term given to a skin condition that results when dead skin cells, dirt and oil plug hair follicles. Acne normally makes an appearance on the back, chest, face, neck and shoulders.

What many do not know is that Acne can be surprisingly persistent, although there are a number of effective treatments that are currently available.

Bumps and pimples take a long time to heal and others tend to arise as some go away and it can be a cycle of this goes and a new one appears.

Acne is particularly common but not limited to teenagers, with between 70 to 80 percent of teens suffering from some form of the condition at some stage of their adolescence.

However, younger children are increasingly starting to suffer from the condition. Serious forms of acne can scar the skin and cause emotional distress.

The chance of lasting emotional and physical damage is lessened by starting acne treatment/medication as soon as possible.

What Are The Symptoms Of Acne 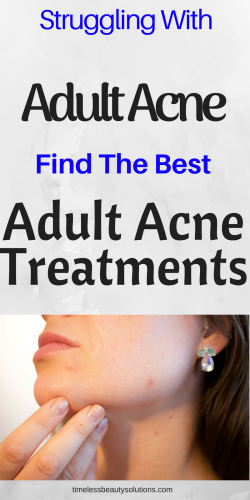 The symptoms and signs of acne can vary based on the seriousness of the particular condition. Symptoms include:

Come to think of it, what causes adult acne? this is supposed to be a teen problem and yet here you are in your thirties or older and suffering from adult acne.

There are four primary factors behind the emergence of acne – bacteria, clogged pores, dead skin cells, and oil production.

Acne generally appears on the areas of skin that possess the greatest concentration of oil glands, otherwise known as sebaceous glands. These areas are typically located on the face, chest, shoulders, neck and back.

Acne tends to appear when dead skin cells and oil plug up hair follicles, which have a connection to oil glands. 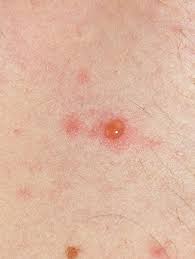 Oil glands are responsible for the secretion of a substance known as sebum, which helps to lubricate the skin and hair.

Sebum is supposed to travel via the opening of hair follicles and through hair shafts onto the skin’s surface, but when both sebum and dead hair follicles are produced excessively by the body, this can cause a build-up of both within the hair follicles.

The end result is a soft plug that creates an environment in which bacteria is able to thrive. Clogged pores that are infected by bacteria can then become inflamed.

The follicle wall may bulge and form a whitehead as a consequence of the plugged pore, or the plug could be open on the surface of the skin and darken, producing a blackhead.

A blackhead often makes it look as if the pores have dirt stuck in them, but in actuality it is congested with oil and bacteria, causing it to change color when exposed to the air.

Cyst-like lumps underneath the surface of the skin are the result of inflammation and blockages developing deep inside hair follicles. Other skin pores such as the openings to the sweat glands generally have no connection to acne.

Raised red spots with white centers are known as pimples, and form when hair follicles that are already blocked become infected or inflamed.

Risk factors
There are a number of risk factors for developing acne, including: 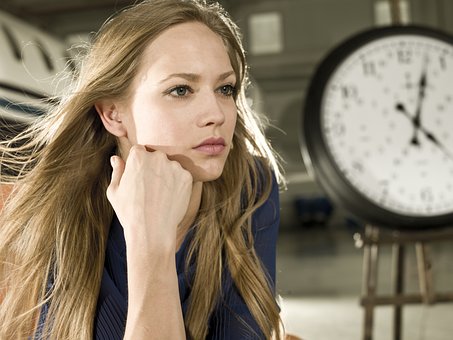 Since we now understand more about adult acne causes, we are going to look at adult acne treatments to get the face you`ve always wanted.

Acne can be a painful and embarrassing skin condition that can impact self-esteem and confidence. The good news is that there are ways of treating this condition to remove or reduce its effect on your life. 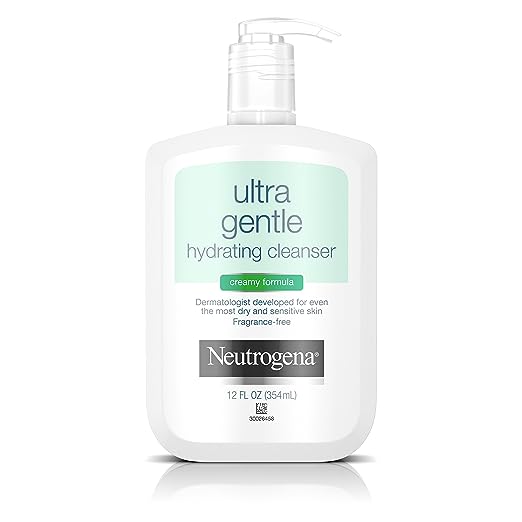 Acne sufferers can take action to avoid worsening their condition by using a mild cleanser like this one,

On the downside, these steps are unlikely to be effective enough to deal with the condition completely on their own, but there are also no disadvantages or side-effects to these methods of treatment.

There are a number of topical treatments that can be used for acne, many of which are available in pharmacies and online, including the likes of:

Benzoyl peroxide is able to kill bacteria and reduce inflammation while serving to open up blocked pores. It is an effective treatment for mild cases of acne, but side-effects can include mild burning, skin reddening, itchiness and causing the skin to become extra sensitive to exposure to the sun.

Vitamin A Creams Or Gels

Creams or gels called rub-on topical retinoids are a derivative of vitamin A. They are capable of reducing the production of sebum, otherwise known as skin oil, and unblocking pores.

They are very effective at clearing smaller spots, blackheads, and whiteheads, but can cause mild stinging and skin irritation, and sunlight sensitivity. They are not suitable for pregnant women.

Bacteria are killed by these rub-on topical antibiotics, which have been proven to be extremely effective when dealing with inflamed spots so this is one to really consider when dealing with adult acne causes. They are less likely to cause skin irritation than a number of other acne gels or creams.

On the downside, the risk of antibiotic resistance means they can only be used for around eight weeks and they can be less effective with whiteheads and blackheads. 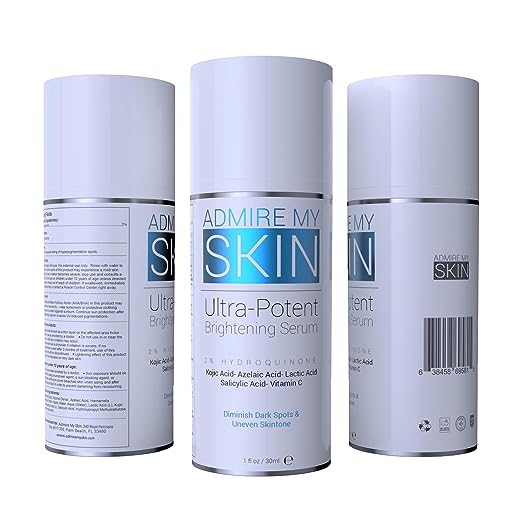 Azelaic acid is able to kill bacteria and unblock pores. This is an effective treatment for mild acne in individuals who have had issues with other treatments and does not cause sunlight sensitivity.

However, side-effects can still cause mild burning, dryness, itchiness and stinging.

Forms of medication that can be used to treat acne include Isotretinoin and antibiotic medicines.

Isotretinoin is a derivative of vitamin A which can be taken in capsule or tablet form. It functions in a similar manner to retinoid cream or gel, but is considerably more powerful and is very effective in treating more severe cases of acne.

On the downside, it can result in those taking the medication bleeding and bruising more easily, as well as causing headaches, skin rashes, pain in bones, joints and muscles, blood in urine, inflammation of the eyes or eyelids, and dry and inflamed lips. It cannot be prescribed by GPs, only by dermatologists.

This is a hormonal treatment for women when acne is believed to be caused by hormonal conditions, like polycystic ovary syndrome.

It has proven to be very effective in treating severe cases of acne that have failed to respond to antibiotics. So when thinking of adult acne causes, hormones are to be considered.

However, it is unsuitable for women who are pregnant and has a number of side-effects including headaches, loss of sexual interest, weight loss or weight gain, mood changes, sore breasts, and bleeding between periods.

Antibiotic medicines are taken by orally, in conjunction with a cream or gel, to kill bacteria. They are very effective treatments for mild to severe cases of acne.

Antibiotics can take up to six weeks to improve symptoms and can be used for no longer than six months due to the danger of antibiotic resistance.

They can also cause nausea, diarrhea, mild stomach pains, vomiting and sunlight sensitivity. They may cause the contraceptive pill to become less effective, requiring the use of alternative methods while on the treatment.

As the post has shown, there are many things to consider when thinking of adult acne causes before you find the right treatment that works for you. Remember not every single treatment here is suitable for everyone so you may have to test and try to find the best.

You`veved acne but you have the ugly acne scars on your face, now what? Check an earlier post on removing acne scars using microdermabrasion here

I hope this post helped answer your questions, if you still have any question, just leave me a message below and I will get back to you.

We use cookies on our website to give you the most relevant experience by remembering your preferences and repeat visits. By clicking “Accept All”, you consent to the use of ALL the cookies. However, you may visit "Cookie Settings" to provide a controlled consent.
Cookie SettingsAccept All
Manage consent

This website uses cookies to improve your experience while you navigate through the website. Out of these, the cookies that are categorized as necessary are stored on your browser as they are essential for the working of basic functionalities of the website. We also use third-party cookies that help us analyze and understand how you use this website. These cookies will be stored in your browser only with your consent. You also have the option to opt-out of these cookies. But opting out of some of these cookies may affect your browsing experience.
Necessary Always Enabled
Necessary cookies are absolutely essential for the website to function properly. These cookies ensure basic functionalities and security features of the website, anonymously.
Functional
Functional cookies help to perform certain functionalities like sharing the content of the website on social media platforms, collect feedbacks, and other third-party features.
Performance
Performance cookies are used to understand and analyze the key performance indexes of the website which helps in delivering a better user experience for the visitors.
Analytics
Analytical cookies are used to understand how visitors interact with the website. These cookies help provide information on metrics the number of visitors, bounce rate, traffic source, etc.
Advertisement
Advertisement cookies are used to provide visitors with relevant ads and marketing campaigns. These cookies track visitors across websites and collect information to provide customized ads.
Others
Other uncategorized cookies are those that are being analyzed and have not been classified into a category as yet.
SAVE & ACCEPT
error: Content is protected !!